I told myself someday I'll do a tell all memoire.

Open up all my wounds to come to the rest of the worlds' rescue.

In the mirror I felt like Atlas that day, holding up this lead shroud.

I am still vanquishing my fear.

Lets just say you got to be positive and self aware.

I am the masterpiece, and yet I'll always be a work in progress. 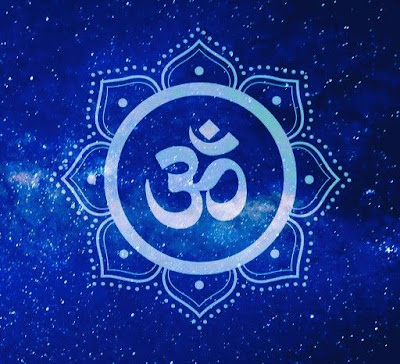 Posted by Donald Neu (Phrosty Dee) at 7:14 PM No comments:

Posted by Donald Neu (Phrosty Dee) at 3:50 AM No comments:

YAY!! Thanksgiving and I got real paid 🙌😻

My bro from the eldin days - Mac is booking a residency at apartment del Neu; Keep the smart on.

I have a surprise single for my Phrosty D spotify station brewing blissfully; Sleep the cart on.

Maybe [ENTRY41] I've a muse with much ado sum with my sensory soup recording.

Bubblegum and Caviar with we wot not wixed so then unsubscribed from premium unspoken.

YAY!! Feeding grief to the Lions 🙌😻

Posted by Donald Neu (Phrosty Dee) at 9:30 AM No comments:

I was struck by the MP3 player's packaging - quite nice!  Opening it up I was excited.  Could this be the insanely deluxe MP3 of my dreams?  Not. Even. Close.  Lag in scrolling my music library; Albums being lumped together; Shuffle Mode - PERMANENTLY ON!!!  Oh boy, games lmfao they're the shittiest flash games you could ever imagine and they barely work.  One of them is just a simulation of playing rock/paper/scissors... mind blowing... and if you even wanted to play these shitty games you cannot do so while listening to your music, it's one or the other, apples or sewage!  I loaded my device with some photos and found it squeezes each frame to Hommie's exact screen size, Yao why you gotta play me like that???
OK    OK    OK
So what's the good news?  Well the physical device is small but feels dense.  I like that it has some heft and the buttons have a satisfying click.  Good sound and battery life.  You can play Flac, even surprisingly the Zune and iPod audio formats annnd this next feature is my favorite - you can speed up or slow down a song with variable speed playback tool and the sound quality stays good in the selected speed.  If you create a playlist (you can create 5) consecutive play feature actually works properly in this setting and it also graces me by working when playing music on my TF expansion card - sold separately.  But on the devices own memory you are permanently on shuffle.  The TF card library doesn't display an artist list though so tracks are all lumped together.  Well at least the MP4 video player can function at a low enough bitrate.  This device has a vibrant display, but with your photos contorted what's the point?  I think I just kept one photo.  I'm not sure what I was expecting, the era in which a great MP3 player was all the rage is years past.  But shucks, now they are at least a novelty!  I made my own apple logo decal for the back so I'm not embarrassed that I actually enjoy this makeshift iPod.
So if you want a half shitty / half pretty OK MP3 player - look out for your Hommie!
You can place an order online with Walmart.  Go figure.
Posted by Donald Neu (Phrosty Dee) at 5:32 PM No comments:

Posted by Donald Neu (Phrosty Dee) at 5:22 PM No comments:

Painfully I realize now now now is the time to turn over a new leaf.  I can't let my health go down the tubes.  I can't throw parties of evasion either.  But at the same time its exciting and worth the challenge.  Being just radical enough is the name of my game.  Often the biggest breakthroughs are quite bland.  😏
Posted by Donald Neu (Phrosty Dee) at 4:56 PM No comments:

Kix are for Twix are four.