I have had the honor of getting to know a very talented, upbeat guy from Buffalo, NY who produces various electronic music and publishes online.  Today he answered some of my questions about his journey into sound-

What inspired you to produce electronic music? When I first heard Nine Inch Nails’ Pretty Hate Machine Album I started to like the electronic and industrial music styles. Eventually started listening to Electronica like Fatboy Slim, The Crystal Method, The Chemical Brothers, and Prodigy. I moved to Texas, and at that time there was a club that played all the styles I liked. A few years later, I moved to NJ. I was up late watching TV and saw a commercial for Acid from Sony with their new music making software. I ended up getting it for my birthday that year, which was 1999, and have been making music ever since.

How long did it take you to get the hang of production and what were your "Awe-ha" moments? Hmm, well I think I am still growing with my production. It was probably a year or so after I started that I felt more comfortable making music, but I believe I am constantly improving my quality and sound. As for Ah-ha moments? I think once I finally started to connect with people on social media, and started getting good feedback I realized this was something I wanted to continue to do. Once I got my first sale, it really hit, not because I sold a song, but because someone actually wanted to buy it.

What song up to date are you the most proud of? I don’t think there is one song I am most proud of. I am proud of all of them. I do have Some like Deep Under and Trapped from my Electrolysis album that have gotten many plays across all my platforms, and been on compilation albums. I also am happy with Josh’s Part, The Break, and IDEK, all of which are songs I collaborated on with my son. Every new song to me is better than the last, so I think my best song is still to come.

What is your go-to software and what is your favorite thing about it? I have many programs I use, but I always fall back on my old and true friend Acid Pro. I know the program so well that I just feel comfortable using it.

What are you plans for future music and gear upgrades? I have a new album I will be releasing hopefully by the end of 2017. I have a few collaborations I am working on, and other than that, I have no specific plans at this point. I like to just play it by ear, and go with the flow. As for gear upgrades, I don’t know if there will be anything any time soon, I’d like to make myself a little production studio, but I have other priorities at this time, so I don’t know if and/or when that would happen.

What would you tell someone just getting their feet wet in electronic music production? The biggest thing is to have fun and do it for yourself first. Music is a tough business, and very difficult to make money from. Do music that makes you happy first. Feedback is good for growing your skills, but don’t change because someone says you should be like others, or be more mainstream.

And there you have it straight from the horses mouth!  Below I have linked his personal website, where you can stream for free or download on all the best platforms.

bufinjer.com
Posted by Donald Neu (Phrosty Dee) at 1:59 PM No comments: Links to this post

Hello my friends!  Holy cats, 2018 is almost upon us!  What great wonders await?  What challenges?

For those of you 'meeting' me for the first time, I am Donald J. Neu- creator of magical delights!
Master of chaos!  The elves know me as- oh wait that's me ripping off Hello From The Magic Tavern; I'm obsessed with that podcast!  Anywho I just returned from a wonderful vacation in New Mexico.
I visited my mother, step-dad, auntie Gina, uncle Karl, my Gramps, nieces, cats, dogs, unseen bears, a wolverine named Bob... where was I?

We enjoyed a couple days at Ghost Ranch taking in the rocky, mountainous landscape and exploring it.  During my stay I learned how to open a beer bottle with a door latch.  Yes, now I wager I am a force to be reckoned with! 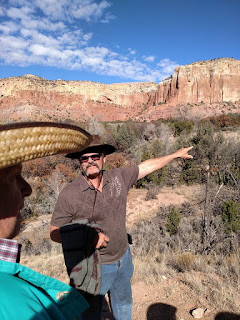 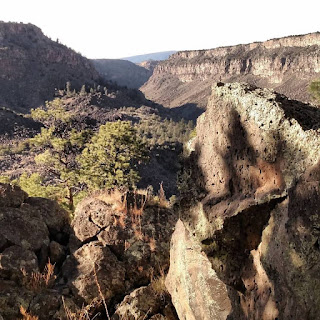 I also learned from my step-dad to never join a road committee!
👿👿👿👿👿

Perhaps I am still tired from my trip I was gone 9 days and really missed my mattress!
😪😪😪😪😪😪

I got good opportunities to show mom my new music and website stuff & catch up with everyone.  I even helped out around the house; I think all things said I was a pleasant guest to have!
We enjoyed good food and beers from a number of breweries.  Don't panic it's a low number!
Posted by Donald Neu (Phrosty Dee) at 3:36 PM No comments: Links to this post