the King of My life Now

I am the king of my life now.  I basically don't call all the shots, but damn near close.  By my own admission I still do not always make perfect choices, but I really got my poop in a group! (got my shit together)

I keep an upbeat, proactive, and thoughtful mindset both at home, at work, and in the community in general.  Speaking up for myself more helps me be heard and others take stock of my observations and ideas.

We're all in this together no matter where you stand or what you believe and human kindness immortalizes one's being.  How I treat those I am blessed to know is more of a legacy than my music can ever be.  This is a very important thing to remember.

I don't always know what to expect of life in these times.  Nothing can be taken for granted.  Health and happiness actually take work to maintain.  I mustn't forget to take a rest once and a while and not run myself ragged.

Never Fear, Neu and Improved Donny The Neoclassic is Here!!!

That there is the title of my eagerly awaited album with all my biggest hits!

The 150 disks with the album print came today.

I paid Oasis CD team to fully remaster 5 songs so far with perhaps 2 or 3 more ahead when I can afford it.

On all other songs I have been doing my own post-production.

Printer on this day has also arrived.  I can print my own tracklist, artwork inserts, and possibly front cover.

Although I was debating, instead, hand markering a graffiti design for the cover.

A product bar code with the caption "priceless" can be stamped on the release with a stamp I bought off Etsy.

It looks like cardstock disk sleeves are more economical, so that may be the standard packaging.

Explicit Content stickers will be stuck on "dirty" versions of the album.

I just can't wait to get my product off the shelves and into your luscious ears and radium hearts!

Posted by Donald Neu (Phrosty Dee) at 1:24 PM No comments:

Eyes On The Prize

I must finish packing.  I move Monday, August 3rd!  This is what I have been working so hard for.  This move-out is the single biggest step forward I'm approaching for my life.  There will be other steps, but this is big, I will be independent and realize my full potential!  I understand the importance of self-accountability.  I was very proactive early on about packing so I don't think I have to stress.  I can handle the move and I know Mains'l Services won't leave me high & dry.  I keep on my A-game with my eyes on the prize!
Posted by Donald Neu (Phrosty Dee) at 7:03 AM No comments:

I've been taking a breather, playing Webfoot Games, Star Gunner and Nux on my laptop + using windows media player with songs on shuffle as a soundtrack to the gaming.  I ran an HDMI cable from laptop to TV and hooked up a PC joystick.  Best way to do!  A day earlier I had a rad guitar lesson with Joe and he taught me some 'dirty' scales!  Mixolydian- creates Jerry Garcia quality.  Harmonic Minor- creates gypsy metal vibe.  Video Chat and rocking out sure eases the boredom and isolation. :) 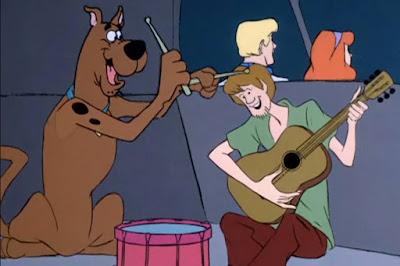 I thought it was rad that Hot Hot Heat got a cameo in Saint's Row 2 video game with their song, 'Let Me In'
When I heard that song come on my heart got a riser and then a drop.  It was amazing to hear a song that made
such a huge impact on my teenage years.  Yet it was bittersweet, "Why can't I do stuff like this?  Why aren't I this good?"
With some reflection I got back my pride in my work.  Everybody likes something different and some folks
might even hear my music and think it is better than that commercial song!
I am exploring hook songwriting.  A catchy hook is a good way to capture that Hot Hot Heat style and make people want to sing along.

<DIR>Full Sets including COVERS, Informal 'down-to-earth' JAM SESH clips with anyone kool to it, Poetic Cinema Rap, working in my Underground Supergroups...
My devotion to these objectives designs my destiny as Phrosty D, player 1!!!<TRIG@42=DISPLAY~DREAM>
>
Posted by Donald Neu (Phrosty Dee) at 11:00 AM No comments:

So it is well into social distancing season due to the corona virus.  I look at my extra time off work as an opportunity for more self examination.  It's also a bit of a holiday in my head.  But eventually it just feels like I have done all the hobbies and projects I can think of.  And I am left with bedbugs and boredom.  I know this is a small price to pay for the general health and safety of the greater good, but this old dog is out of new tricks.  My music goals are to create a fractal gallery video set to my song "Mandelbrot" + build my custom drum set + create catchy new original music + work on my live covers.  I have been watching psychedelic videos on YouTube and listening to visionary music to escape from bedbugs and boredom.  Xbox Kinect games, brisk walks, yoga, sit-ups, lifting weights are a means to stay fit although I'm a man yes I am I.E. laziness can fatten the cat.  As I am looking to develop more as a percussionist and some of you might just be like minded lemme just toss this in the mix: 5 tips for the self taught drummer-

My good friend Rick "crazy dog" Brix took me out to play at the 200th open mic night at 3rd Rail bar and grill a few weeks ago.  And March 12th he took me along on his gig at Nordic brewery in Monticello.  I got to perform 4 songs during his break.  I sounded freaking great!  I performed Green Rocky Road, Girl (by Beck), The Biscuit Song, and Nature (culinary delights)! 😼

I move out soon to bigger and better things with more independence and freedom.
I understand the importance of staying smart and keeping my act together.
And I won't be passive in attaining my goals.

Life is Good for Phrosty D!

Posted by Donald Neu (Phrosty Dee) at 3:25 PM No comments:

Emotional Intelligence can mean many things like the golden rule of treating others as you would wish to be treated and taking the time to respect and love yourself so that can come more easily.  Positive affirmations (I keep mine posted right on my wall) and keeping a journal can help a lot.  Also, when a disturbing thought comes along rather than dwell on it acknowledge it and the way it makes you feel, do not judge your reaction as right or wrong, and eventually move on.  Or alternately you can store it in your own mental container for later examination and now focus on the life at hand.  Speaking as a person who sometimes struggles with obsessions and the accompanying hurts, habits, and hangups I know how much of a challenge this can be.  You'll get through it!

Emotional Intelligence can mean mixing it up like playing old-school computer games and listening to disco all morning, or making a few rad new necklaces, reading poetry or a new fantasy novel.  Those are all real world examples from my life in these past few months.  Mixing it up can be anything and it blesses the brain boisterously!

Emotional Intelligence can mean advocating for yourself and speaking up about stuff that bugs you.  It takes courage to advocate if you are afraid how people might react, but it makes a world of difference.  Then you can be heard and understood and a weight is lifted off your chest.

Emotional Intelligence can mean determination and persistence.  I have practiced, performed, and produced music since I was in middle school.  Now, leaning towards age twenty eight I work even harder to take my music to new heights.  I could have given up the dream years ago, but I kept working and I'll never stop.  When I am an old man I still will want to wow people and be on the cutting edge of innovation.  I want to stay relevant to the now!  Even making necklaces is something I have applied determination and persistence to.  I started that in middle school too!  I've been off and on with that hobby.  But, like music, I got good!  So good I've sold quite a few necklaces and CD's.

My life is an American success story and I owe much of that to developing my Emotional Intelligence!

P.S. here is a new song, which classifies as artistic expression, a primal top notch example of Emotional Intelligence-
https://soundcloud.com/the-primal-musician/modern-day-caveman-with-special-guest-moxxie-anderchild
Posted by Donald Neu (Phrosty Dee) at 9:41 AM No comments: